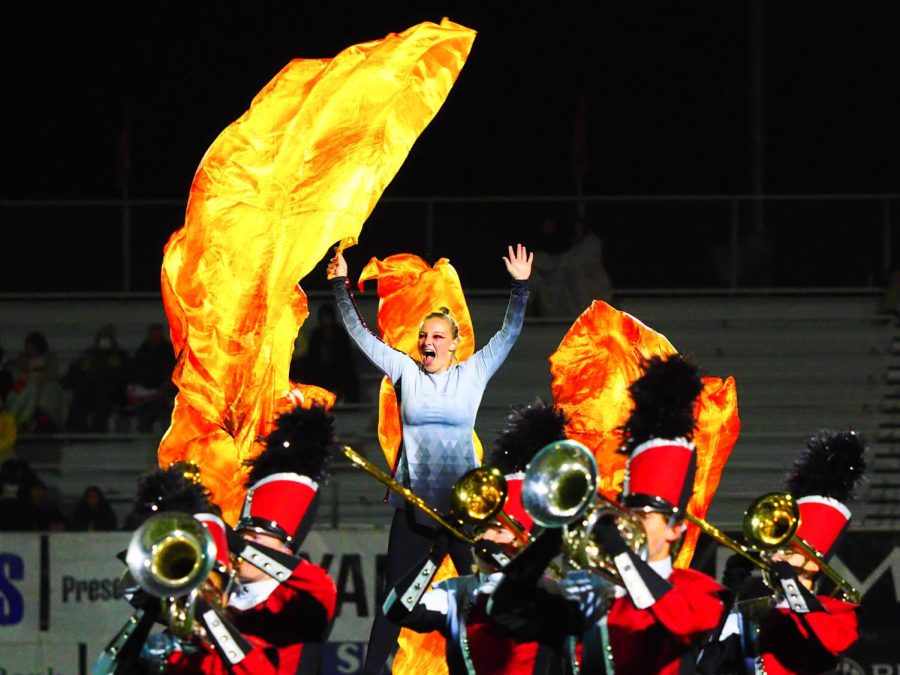 Alta’s marching band took first place in the Bands of America Regional competition in St. George last week, a dream that concluded thousands of hours of practice over the past five months for the hundred band participants from students to advisors.

Alta’s theme  was “To A Flame,” and featured songs like Stravinski’s “The Firebird Suite,” “Moth to a Flame” by the Weekend, and “Lights are On” by Tom Rosenthal. According to band leader Caleb Shabestari, it was about resisting temptation.

“I definitely feel that this season will kick of the next ten years in a positive way.””

This year marks the 10th year anniversary of the marching band, and they wanted a spectacular show to celebrate the successes of the past, and “kick off the next ten years in a positive way,” Shabestari said. “The marching band’s first show was From the Ashes…To A Flame is a sequel of sorts to Alta’s very first show.”

Getting this far and winning these awards is the result of months, even years for some members, of hard work and dedication to marching band.

Adam Christiansen spoke about the hours of practice it took this year. “We spent 400 plus hours over 5 months,” he said. “We are basically a family…we spend so much time together.”

Shabestari attributes this win not only to the band members, but to all the others who supported them. “I think we did so well for a combination of reasons. Marching band is not just a student driven activity. There’s a staff of twelve people to teach and choreograph, and so many parents provided props and helped feed students. It was a huge team effort.”

On winning the contest, Christiansen said, “It was awesome. We weren’t expecting it.”

We are basically a family…we spend so much time together.”

Shabestari was not surprised at the win. “The students worked incredibly hard this year…Their work ethic has been amazing this whole year. I’m not surprised that the kids took home this many trophies.”

This contest brings the first ten years of marching band to a thrilling conclusion, and will push off the next ten years in an optimistic and hopeful way.