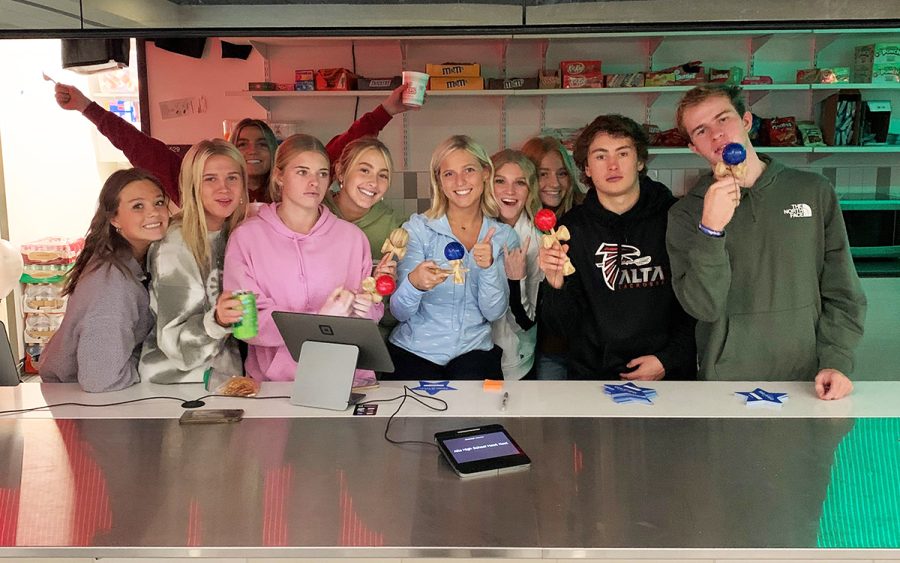 The B day school store with their kendamas.

Kendamas are making a comeback in 2022. We see them in classrooms, football games, and around Alta . The toy is pretty popular among the students and teachers.

The toy was very popular back in the 2010’s when most of the now Alta students were in elementary school. Now you can see them around the halls all the time.

Mrs. Ferguson is a huge believer in kendamas. If you look in her classroom she has four or five around at all times. While learning is a big part of her classroom, the students love the kendamas.

“It’s all in the knees”, says Mrs. Ferguson.

Ferguson isn’t the only one at Alta that loves kendamas. Ryan Richards, Alta Heisman winner can be seen playing with his at almost every football game.

Ryan says, “When I’m not golfing, at soccer, or basketball I’m usually playing with a kendama.”

“I used to play with them in 3rd grade, it is so refreshing to see them around school.” says Richards

Chloe Tuttle likes playing with Kendamas and says “Its so fun, I have 3 of them in my car.”

Kaia Stewart says, “My heart goes out to the boys with the kendamas in the stands…I love when they do the cool tricks.”

The boys usually play a game called ken. It’s like the basketball game pig but with a kendama. The students go back and forth attempting tricks until someone messes up 3 times to spell ken.

Peter Affleck is a senior at Alta High and says, “After playing with Ferg’s, I went home and asked my parents for one for Christmas.”