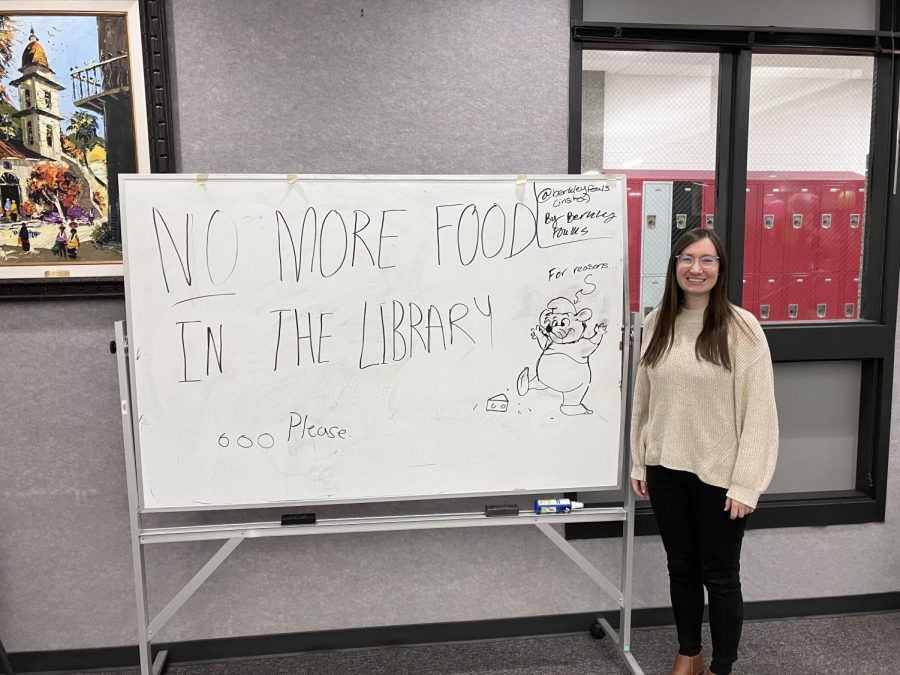 Cats Outta The Bag: There are Mice at Alta

Mickey and Minnie are at it again.

Returning from winter break, school librarian Amanda Scott found a colony of furry friends had taken up residence in the Media Center. Is it possible Alta custodians will bring in local cats as a solution?

Media Center Coordinator Amanda Scott and staff found a mouse and a friend in one of the many mouse traps laid around room. On Jan 5th Alta Staff and Teachers received an email from the district asking for everyone to be considerate about where food was eaten/left because “the rumor is true” mice are making their presence known at Alta.

Todd Muir, the custodial trainer saying “When you get ready to leave for the day pack up all food e.g., Wheat Thins, Triscuits, potato chips, chocolate, hard candy, etc., and place it in an air-tight container like Rubbermaid or Tupperware. When you arrive the next day your snacks and tasty treats are fresh and ready to eat.”

Muir also asks for any pet sightings to be reported (https://icpests.canyonsdistrict.org/icpests/login.cfm).

When you get ready to leave for the day pack up all food e.g., Wheat Thins, Triscuits, potato chips, chocolate, hard candy, etc., and place it in an air-tight container like Rubbermaid or Tupperware.”

Considering the idea of bringing cats into the equation is also part of the discussion. Would adding cats create new problems? Would students react negatively? Parents wouldn’t like the idea of students being in the same building of local felines.

The cats would need their own amenities, litter boxes and water bowls etc. It’s also a possibility the cats could get lost in the school. The mice are rumored to have entered the HVAC system and we wouldn’t want cats there too.  Due to these factors the cats were seen to add to the problem not subtract, hence their absence.

However this is not the first time mice have been a problem at Alta. According to history teacher Karl Packer, mice have taken residence in his room in the past.  Mice have chewed through his ceiling tiles, “had babies in my fridge, and ripped up my yearbooks stored on shelves, I’ve had my whole classroom destroyed,” he said. “It’s pretty messy. Their small bodies can squeeze in almost anywhere.”

Not only are the mice distracting but it’s keeping teachers from working, but now students are able to use the media center as a education tool.

Without moving forward in removing the mice from Alta, even more destruction will be on its way. Scott believes the “mouse problem” started in the foods classroom directly above the media center. They found food and moved through the heating system down to the media center.

But according to the Staff, they’re isn’t much outside help being provided to help with the infestation; reportedly students have been seen in library chasing mice with “cardboard boxes and trash cans” again distracting them from school.

Armando Delgado, the school custodian is also replacing 20 mouse traps each morning in order to solve the issue. Muir states “this will continue until we stop catching Mickey, Minnie, and all their little friends!!!”

The Custodians, Staff, and Administration are now asking that students be extremely conscientious about where they eat and leave their food. For now, students can no longer eat lunch or food in the media center.  “Eat in the Commons,” Scott said. “That’s the safest bet to get rid of the problem.”

Librarians also ask that no food be brought into the Library until the District can be sure the mice are gone. “We are asking students kindly, to please not bring food into the library, show the little critters that its past their time, and they’re politely being evicted,”  Scott said.