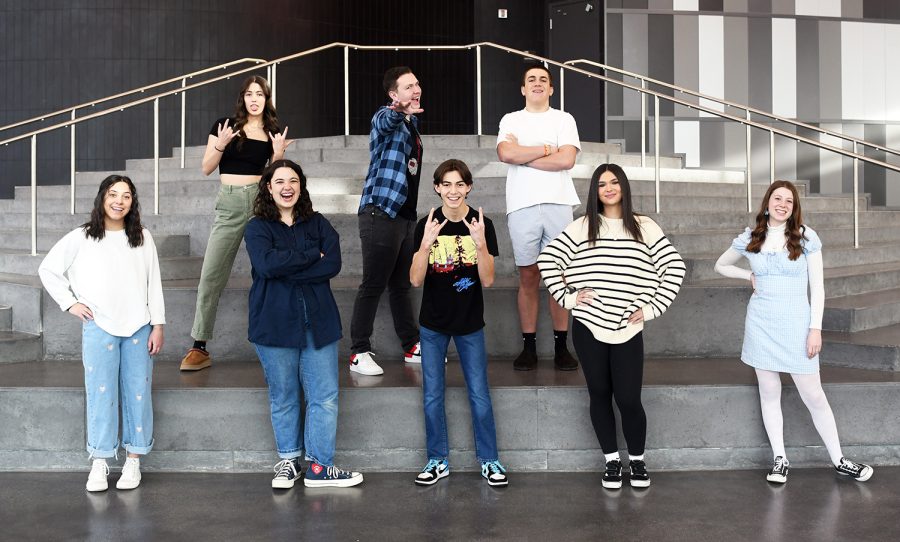 This year’s Alta Idol contestants are gearing up to perform in the 18th annual Alta Idol competition Monday.

In its 18th year, Alta Idol is ready to roll, and Student Government wants you to “Be There!”

The singing competition gets underway Monday, January 23rd at 7 p.m. in the Performing Arts Center.

Alta Idol is based on the show “American Idol” where singers compete for a chance to win bragging rights and a cash prize. It also allows students to begin their career in singing, if they wish. Over time, it has grown and become more popular and more significant.

“It feels good to make it. I’ve practiced for around a month, but I’m still nervous about singing in front of all those people.””

After the performances of a 3 minute song, the judges will announce the top three finalists who will then be given a short intermission to get set to sing their “finalist” song. Once that is complete, the audience will vote for their favorite, and the performer with the most votes will be “crowned” the 2023 Alta Idol.

A common fear for all the contestants is that they will mess up on stage. Manaia is excited but also aware of the risks of messing up because its terrifying to sing a solo on stage. “I’m nervous that I’ll forget the lyrics or freeze up on stage,” she said.

For Manaia Jones, this has been the reward of five months of practice. “I’ve taken singing lessons and performed at home,” she said.

Kevin Law, another competitor, is excited about the event. “It feels good to make it,” he said. “I’ve practiced for around a month, but I’m still nervous about singing in front of all those people.”

Madison Evans is also going to be on stage. “I can’t wait! It’s so exciting,” she said.  She will be playing the piano and singing “Don’t watch me cry” by Georgia Smith. She is still afraid that she will mess up and embarrass  herself too. Luckily, she has played the piano and sung in preparation for this event for a month.

Alta Idol has become a staple in the school’s history, and this year, its legacy will continue.