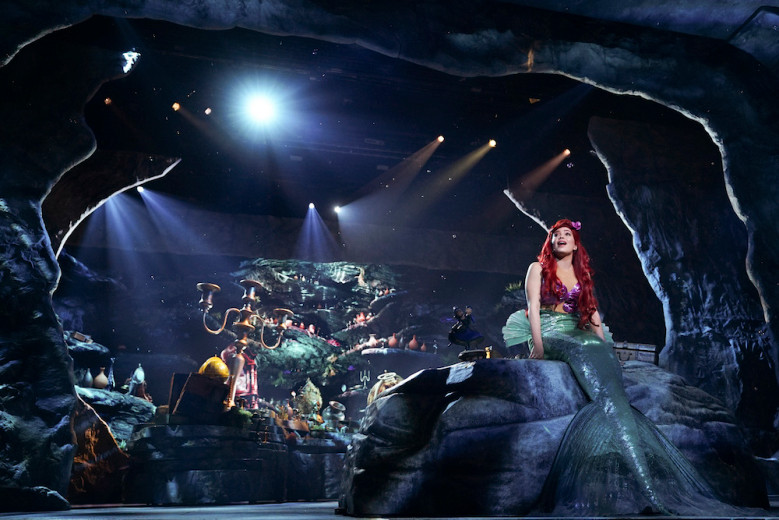 The battle between Ariel and Ursula will take to the stage in this Fall’s musical, The Littler Mermaid.

The title of next year’s fall musical is no longer a mystery. After several weeks of clues, Ms. Linze Struiksma revealed the title in an online video reveal.

The Little Mermaid will be the first ever musical performed in Alta’s new Performing Arts Center.

Instead of announcing the school musical to the student actors, Theatre Director Linze Struiksma decided to turn it into a mystery for her actors to solve. Struiksma posted photos on the Alta Theatre Department’s blog and has left it to the students to put them together and crack the code.

The show was chosen with everyone in mind, and Director Linze Struiksma believes it will be a hit among students, parents, and the community. “It’s fun and has moments of great spectacle, but also a good message,” says Struiksma. “It speaks to the importance of using your own voice.”

“I also have some INCREDIBLE student talent this next year that will shine in this show,” she added. “I’m excited about it.”

Perhaps the most exciting part of the upcoming musical is the use of the new auditorium. Struiksma and Alta’s stage technicians look forward to learning in the new space and using the professional equipment inside. “It will make lighting more realistic and easier. I think design for shows will be better and more practical. I am excited for ease in show transitions because of the fly system and wing space,” Struiksma explained. “Our shows should look cleaner, more professional, have better lighting, have WAY better sound/acoustics, and just be a better overall experience for the performers, technicians, and the audience.”