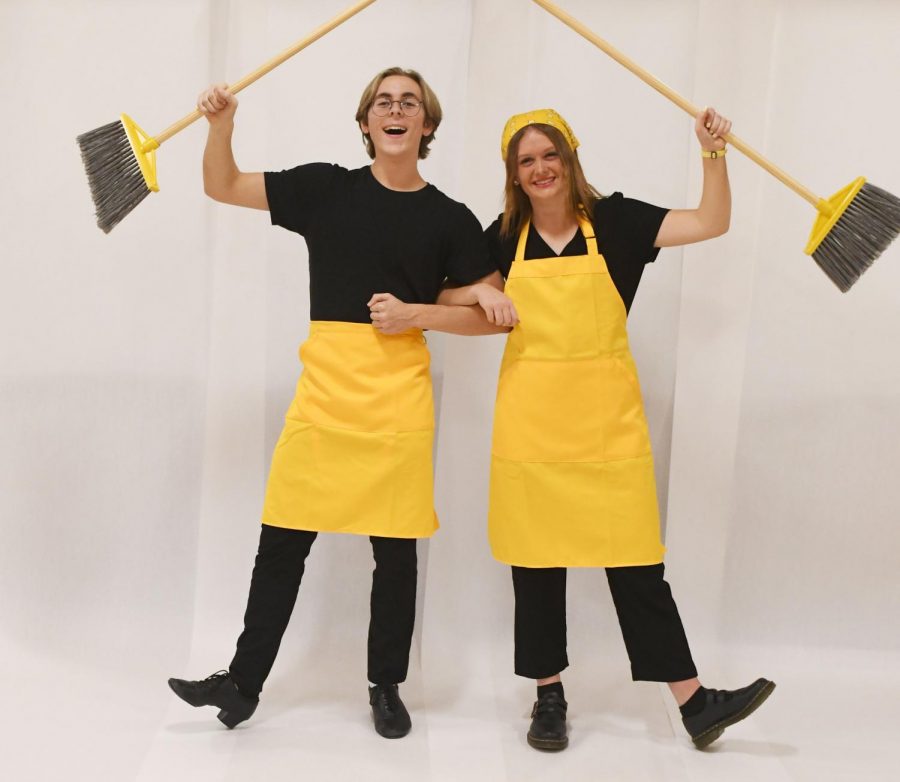 Ryan Wilkey and Mallory Goodfellow will be one of the performances at this year’s Dancing with the Hawks. Ryan is a Ballroom member and Mallory will be representing Student Government.

Dancing with the Hawks Makes for a Fun Night Out 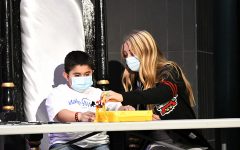 Each Dancing with the Hawks team will be composed of a dancer from Alta’s Ballroom, and an Alta student new to dancing. Together, the ballroom dancer must teach the novice dancer how to dance in their own choreographed routine in the hopes of gaining enough votes at the end to win Dancing with the Hawks.

“We have been rehearsing for about three weeks now,” says Juliette Zepeda, a senior on the Alta Ballroom team and contestant in Dancing with the Hawks. “This will be the 4th week with a couple practices each week. Helam (Juliette’s partner for the Dancing with the Hawks) has learned incredibly fast. It’s blown my mind.”

Each team has been preparing for a couple months now. The first month was mostly spent choreographing with the rest of the time up until the performance being spent rehearsing and preparing to go on stage.

“Teaching Helam to dance was not easy at first. But because he is a patient and open minded person, he was so willing to try again and again. So teaching Helam went smoothly, full of mistakes, giggles, and improvement,” explains Juliette Zepeda. “Choreographing our dance was probably my favorite thing I’ve done as a member of the ballroom team. It was so fun adding my own touches to add a little bit of spice to our dance.”

Jane Wetzel, a novice dancer also competing in Dancing with the Hawks, found this experience to be both fun and difficult. “It’s fun to learn how to dance,” says Jane Wetzel, a senior at Alta. “It makes me wish I’d have gotten into it earlier! It’s exciting to perform but it’s also nerve wracking for me. But overall, I’m so excited for Dancing with the Hawks and to see everyone’s hard work pay off!”

I’m so excited for Dancing with the Hawks and to see everyone’s hard work pay off!”

But the best part of preparing for Dancing with the Hawks wasn’t just the end goal and chance of winning, it was learning how to dance the friendships built along the way. “The best part of this all was definitely getting to know Helam,” explains Juliette Zepeda. “He was a complete stranger to me until our first practice, and we have been able to become awesome friends since! He’s such an incredible person and it’s been amazing seeing how much he’s grown. I’m so glad we got to dance together!”

Dancing with the Hawks will take place at 7 pm this Monday (December 6, 2021) in Alta’s Performing Arts Center. Tickets will be $8 available through Shovation via this link, or tickets will be $10 if bought at the door. Portions of the proceeds will go to Alta’s Make a Wish Fundraiser for Marcus and there will be a silent auction in the foyer from 6-7 pm before the show begins.

The team invites everyone to get tickets now and support the Ballroom Team and Alta’s Make a Wish Fundraiser!